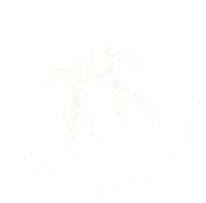 First distilled by monks (God bless you lads), the Irish enjoyed their poitín for a thousand years before it was banned by the Brits in 1661. But we’re resilient feckers and poitín never really went away.

It remained part of Irish drinking culture and was given names like Cratur, Mountain Dew, Mountain Tea and Devil’s Spittle. And you always knew a man, who knew a man, that could get you a bottle. Now legal again, poitín can be found on backbars all across Ireland, instead of under the counter.

At Mad March Hare, we use only the finest, locally sourced malted barley and distill three times in small copper pot stills in the traditional way. We then cut the spirit with Irish spring water to 40% ABV resulting in a drink that is full of character and exceptionally smooth. Sláinte! 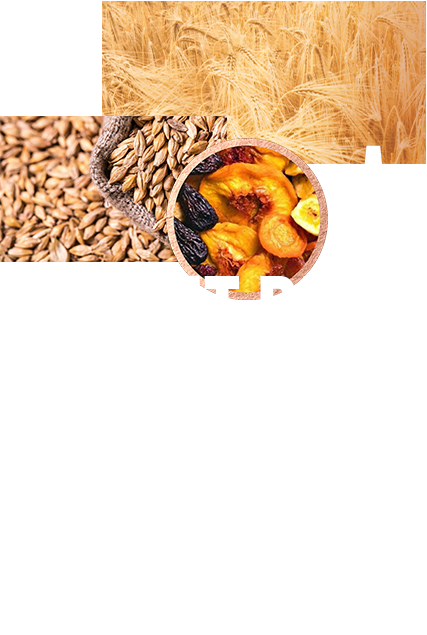 WHAT ARE YA HAVIN'? 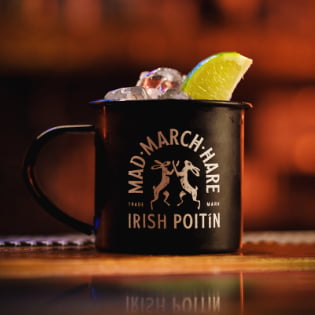 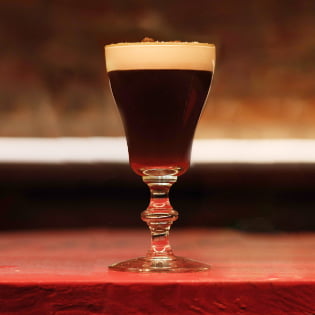 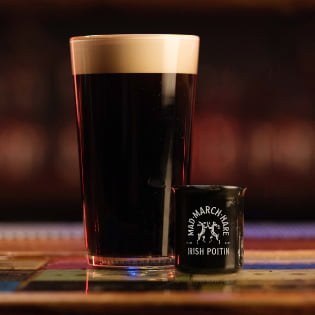 Enjoy a shot of Mad March Hare
Poitín alongside your favourite stout,
porter, or dark beer.

THERE’S NO BETTER POITíN IN IRELAND

But don’t take
our word for it Thank you for submitting a review!

Your input is very much appreciated. Share it with your friends so they can enjoy it too!

loved everything about it!

It was as light and bright as a fast running country stream! You can taste the Old Country in every sip!

Here's what I wrote for a Facebook group I'm in: I will admit that I had my doubts about commercial poitín, and it took a 20% discount on a $30 bottle to convince me to try it. But oh, am I glad I did. It's a traditional Irish whiskey, triple distilled in copper pot stills, but distilled from 100% malted barley, with no other grains, and completely unaged, bottled almost straight from the still, after being cut to 80 proof with spring water. It's obviously very different from aged whiskies made from wheat and rye, but it's undeniably a whiskey. In fact, this is the closest you can get in a modern commercial product to the original whiskey. Once called uisce beatha, water of life, the word whiskey comes from uisce, the Irish word for water. Anyway, this stuff is surprisingly smooth and flavorful, with a hint of sweetness, and is eminently drinkable. So far, I've just been drinking it neat, but I'm eager to try it with a pint of stout, and in my favorite whiskey cocktails. I hope I'm not getting ahead of myself, seeing as I just got this bottle today, but I think I have a new favorite Irish whiskey. So, if anyone's interested, here's Part 2 of my review of Mad March Hare Irish Poitín. I ended up drinking more than half of the bottle the day it arrived. It's just so eminently drinkable, I didn't want to stop. I can't explain it, but in spite of being raw, unaged whiskey, it's incredibly smooth and sweet. If this is a true poitín, I can totally understand all of the songs and stories I heard growing up. In all honesty, if I could only drink one kind of liquor for the rest of my life, but I could drink as much of it as I wanted, this is what I would choose. Most of it I drank neat, but tonight I decided to use what little I had left in a couple of my favorite whiskey cocktails, the Modern and the San Patricio. With aged whiskies, the Modern tends to be strong, sharp and sour. This one was sweet but not cloying, allowing the sloe gin and the absinthe to come through in a way that was much closer to what I always wanted this drink to be. And the San Patricio, which I'm still sipping on, almost makes me want to cry. And when it's done, I'm going to pour the last of the bottle into the shot cup that came with it. Then I'm going to sleep this off, and as soon as I've had some coffee, I'm going to order 3 more bottles, to take advantage of the free shipping.

Poitin is an excellent liquor with a fascinating history, and the folks at Mad March Hare are friendly and generous with the cool swag!

My husband is of Irish heritage and his aunt was a nun who visited Ireland frequently. She would tell of the times she would sneak poitin back in her holy water bottles. We opened this at our family Christmas party and toasted Aunt Teresa. It was a big hit.

Incredibly smooth and flavorful. I bought some to see what it was like, and was pleasantly suprised. Smooth enough to just sip on its own.

Haven't used it yet as it is a christmas present. But the ease of ordering and delivery was both very easy and delivered on time!

I haven't tried mine yet.I bought my son some and he loved it.I recently got the special so my other son could try some.Nice Christmas gift.

Bought it for my Irish son in law and and capped off Thanksgiving with a tumbler full. Wives found its aroma offensive, whereas the experienced whiskey drinkers found it intriguing. Surprisingly smooth straight up, and really enjoyed it. No negative aftereffects at all. Looking forward to more tonight!

Awesome, the Irish really got it right! Flavor is refreshing and unmatched. Mad March Hare is as smooth as the skin on my wife’s back side!

Unique flavor, very pleasant. It’s too unique to mix. I accidentally bought 9 bottles but have no regrets. Give it a try.

Sipping a bit of the old Poitin with the wee folk

This was a wonderful change from regular whiskey, it was bright with a kick and the March hare shot cup that came with my bottles was quaint and gave you the feeling of sitting around in an old pub shooting the breeze and sharing stories.

Good shine taste. Not too powerful not too weak. Nice balance.👍

TRY TO KEEP UP

BE THE FIRST TO HEAR ABOUT NEW RELEASES AND GET ACCESS TO EXCLUSIVE EVENTS. 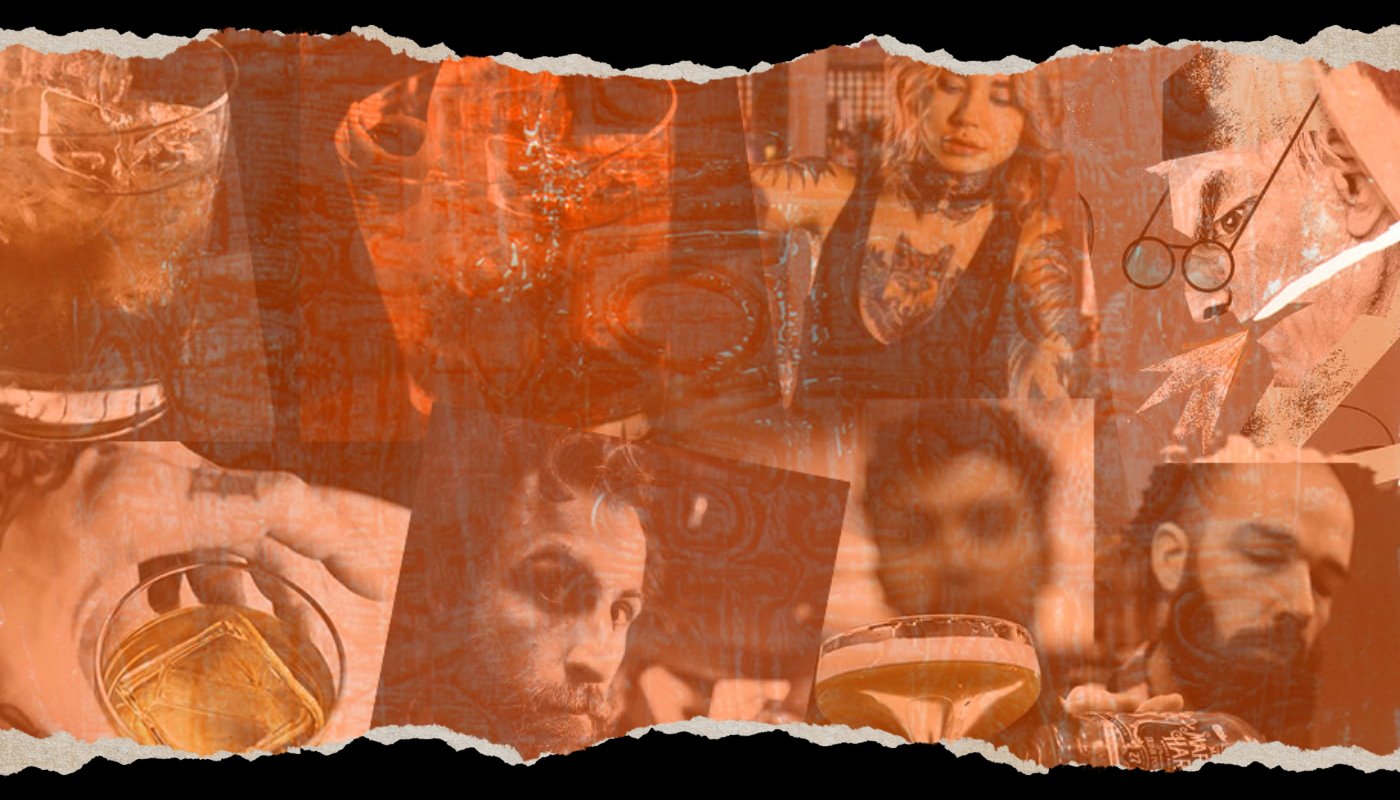 CATCH US IF YOU CAN

By clicking Enter, you agree to our Terms and Conditions, Privacy Policy and acknowledge that you are of legal drinking age in your country of residence. Enjoy Mad March Hare Irish Poitín ® Responsibly.